I PROMISED Renée that I would try to keep a current accounting of what is happening; new year, new ambitions, and new surprises in the garden.

We spent the first eighteen days away from gray, rainy and cool Washington. Ten of those days were spent in Death Valley National Park, California, where the average daily temperature was 65 degrees and evenings cooled to the low 40’s. DVNP was spectacular; we look forward to returning next year to see what we left unexplore.

When we returned, many winter bloomers were well into flower. The earliest winter flowering plants in my garden is Helleborus foetidus, the so-called stinking hellebore. It may be a little smelly but I find it lovely in the winter garden. It generally starts to flower in mid-December, has dark green foliage and the light, bright green flowering cymes are bell-shaped and nodding, some having red rimmed ‘petals’. The flowers last several months and they are are prodigious seeders. 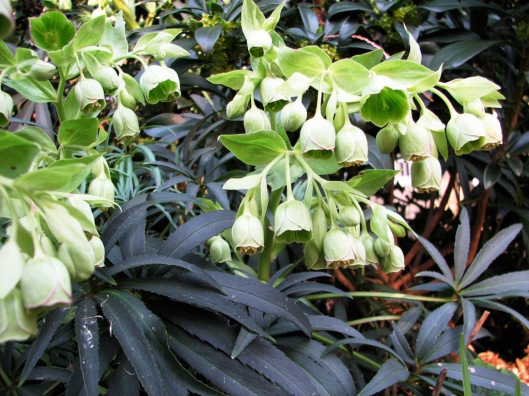 The original plants came from Grandma T. and as new plants have sprouted I have moved them to more difficult areas of the garden since they do not seem to fussy about location.

We have had a very mild winter courtesy of El Nino so many plants are up early and flowering ahead of schedule. One bulb that has always showed in early to mid-January is this lovely crocus, the bunch flowering Zwanenburg Bronze, always the first crocus here; a reliable multiplier and very long blooming, into February.

Three years ago we saw this lovely Hamamelis x intermedia (witch hazel) at the Bellevue Botanical Gardens, mid-winter. The petals are wispy and bright yellow; so cheerful in our gray day winters. The variety is Westetede. It has an upright, vase shape to fifteen feet tall and nice fall color. It was not happy in the original planting location, so I found a new home for it and happy days! Another hamamelis that we planted about fifteen years ago is ‘Diane’, a very deep red flower and stunning fall color. 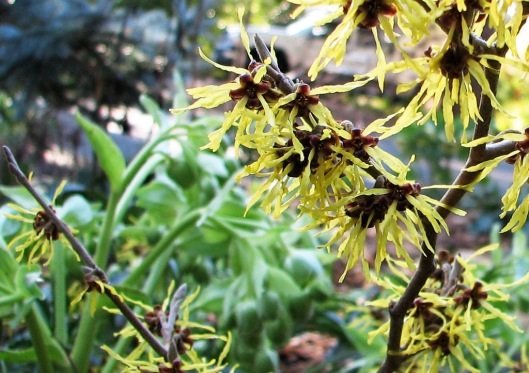 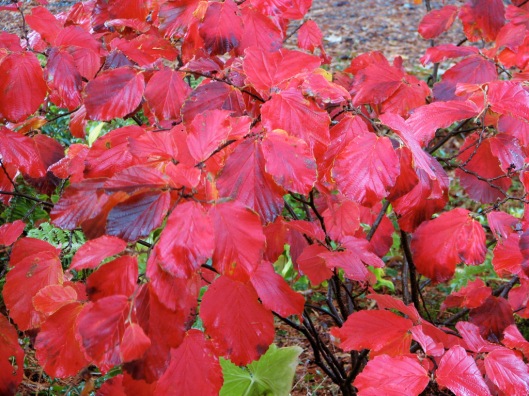 In early December just days before the really cold weather hit, I combined all the pea seed that a friend from art class had given to me and soaked them for a few days and then broadcast them over one entire vegetable bed and covered with shredded fall leaves (February-March is the traditional time to plant them around here). I had close to a pound of seed, many varieties. I figured there was little to lose since all of the seed was in the neighborhood of six to ten years old. By the end of December many had sprouted but had not peeked their little heads out of the leaves. By late January this is what they looked like: 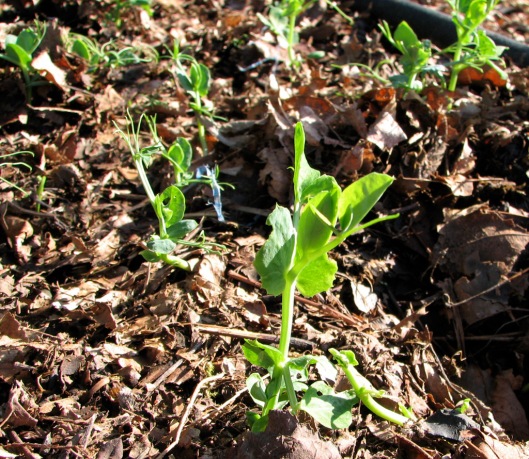 Also in the winter vegetable garden are fava beans that were planted in October and will be ready to havest in early June, some chicory/raddichio which came from seed that I purchased in Rome in 2000 (the seed is still viable); the variety is Castelfranco and the leaves are speckled with red. These plants however are from a few heads that I let go to seed and then sprinkled them around the garden. This is a favorite trick of mine; I like to let a favored lettuce and cilantro go to seed and then sow/throw/broadcast aroun the vegetable garden. The seeds germinate when they feel like it,  many in late fall (see the red oak leaf lettuce next to the fava) and then I transplant them into beds for the winter. The seeds that germinate in very early winter provide a head start on spring lettuce. For me, cilantro does best sown in this way. I usually have beets, chard, brussels sprouts, broccoli, sometimes cauliflower like the variety Cheddar, endive, escarole, and lots of other winter greens. 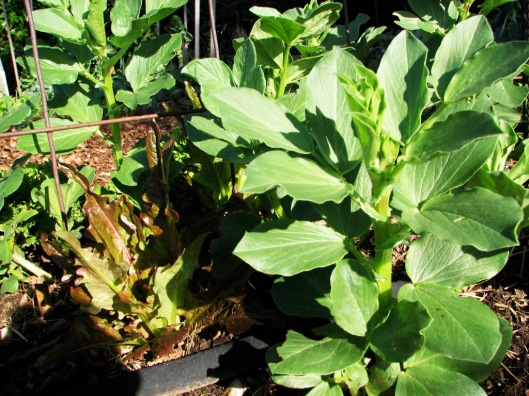 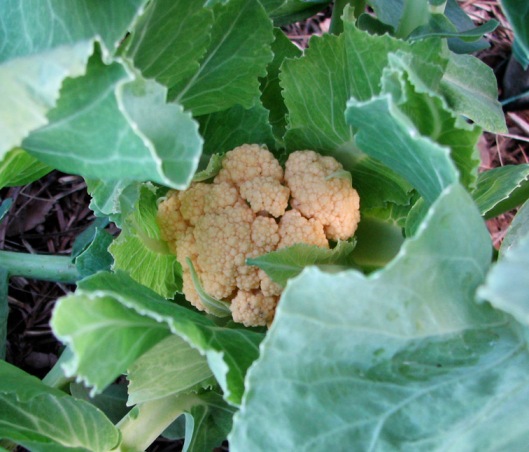 Finally, these dainty little white cyclamen at the base of Viburnum plicata tomentosum ‘Summer Snowflake’. The flowers appear first and then the leaves. The flowers stick around for a good two months. 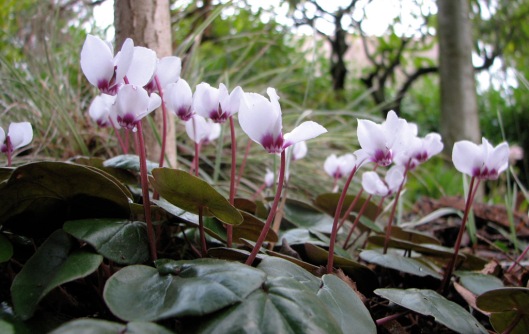