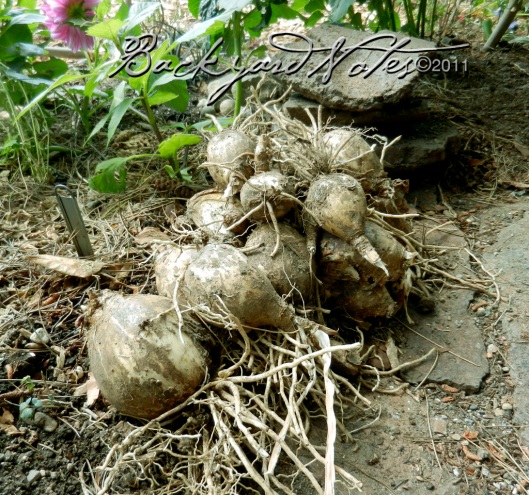 WITH SUMMER COMES MANY DESIRABLE ACTIVITIES and so the blog posts take a back seat. The photo above is not very exciting, but is of a chore that needed doing. After Grandma T. died, there were lots of plants to be rescued and relocated. These amaryllis belladonna were among them. They have not bloomed for about two years so time to divide. This pile was derived from five or six ‘mother’ bulbs planted in a couple of places and over several years became very crowded. So many bulbs that I gave away most and reset the rest. I also dug up all of the Lenora Pearl (with the help of Simon & Sophia’s hands to make quicker the work and earn fair-going money at the same time) and Saturday Night Live iris and divided them as well. Long overdue! 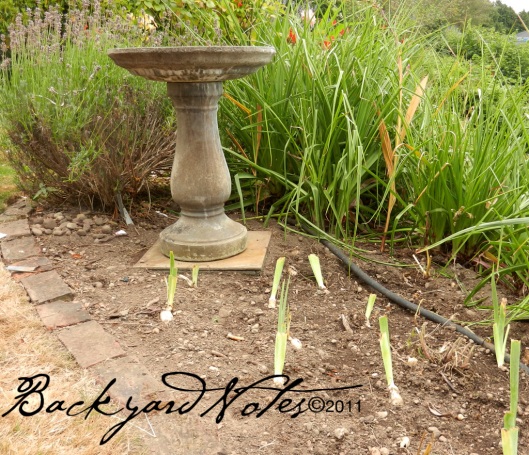 While the iris were out of the ground and the nasty root-running grass was removed, the groundskeeper (a former cement mason) reset the birdbath on a concrete pad, hoping to keep it level for a few years. Then I reset the Lenora Pearl iris and some of the amaryllis. 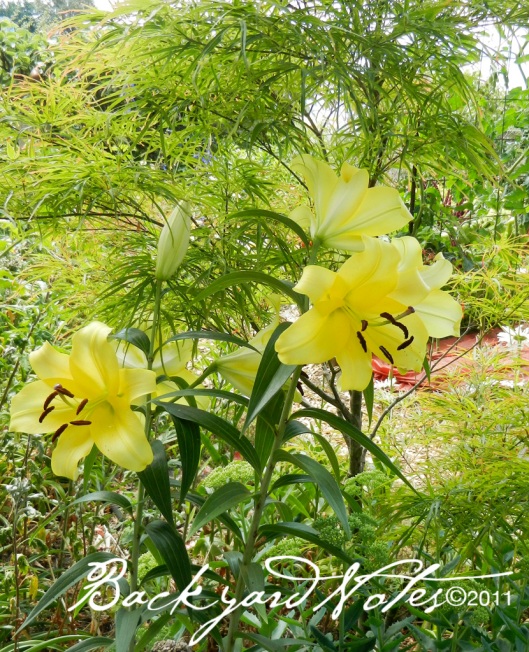 Speaking of Belladonnas, that is the name of this beautiful lily that I purchased from B&D Lilies at the flower and garden show. Wonderfully fragrant and sparkling color.

After returning from our last camping trip in July there was plenty of weeding and deadheading to be done in every corner of garden. But, the rewards were visible everyday with an August parade of blooming beauty : 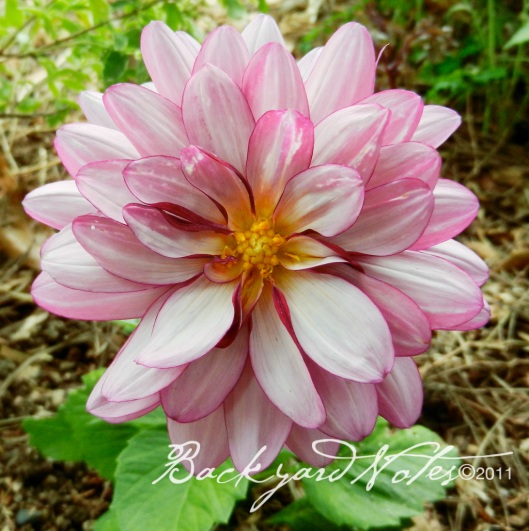 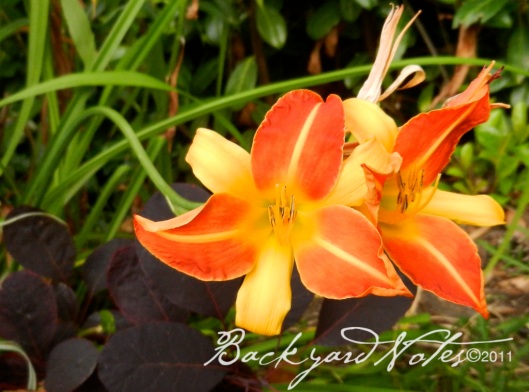 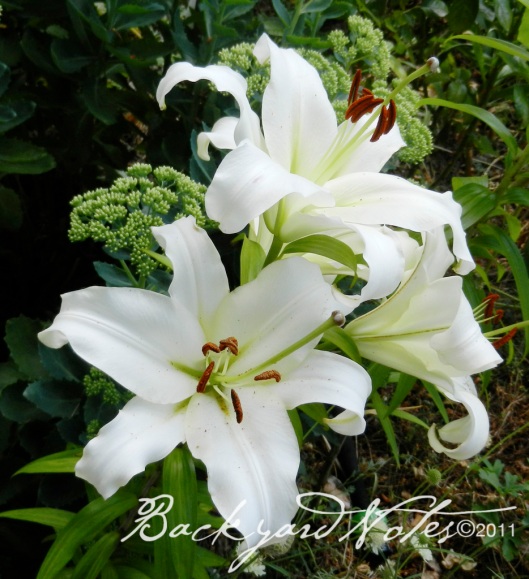 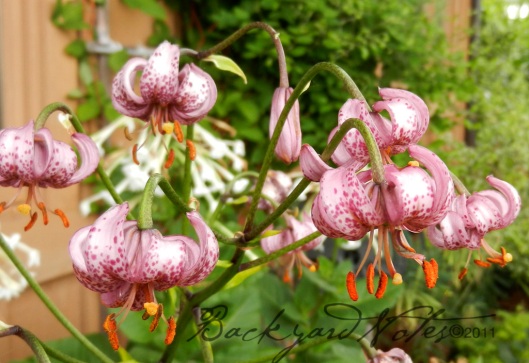 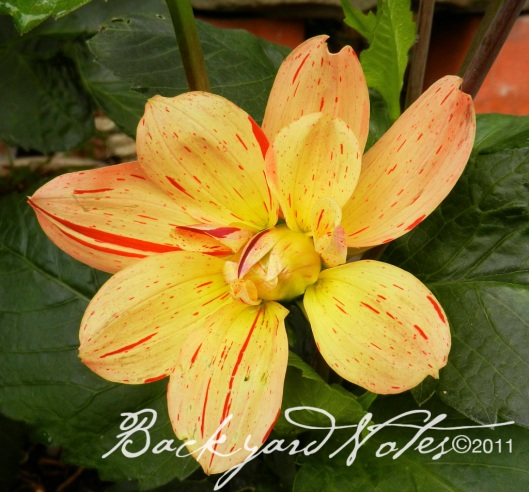 And in the vegetable garden: 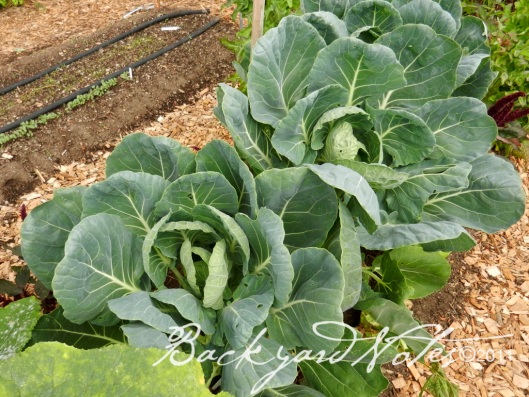 The brussels sprouts are growing nicely and about 4 feet tall with sprouts forming. 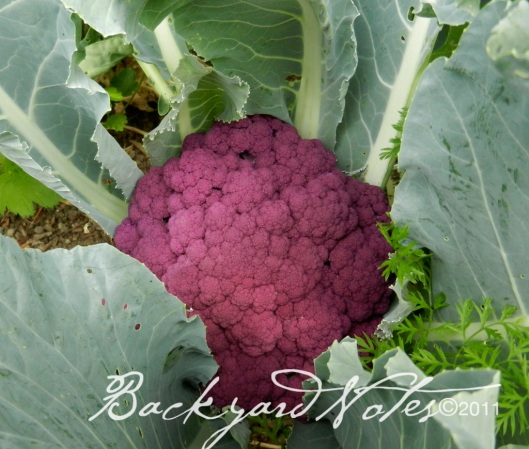 This was a perfect head of ‘Graffiti’ cauliflower. 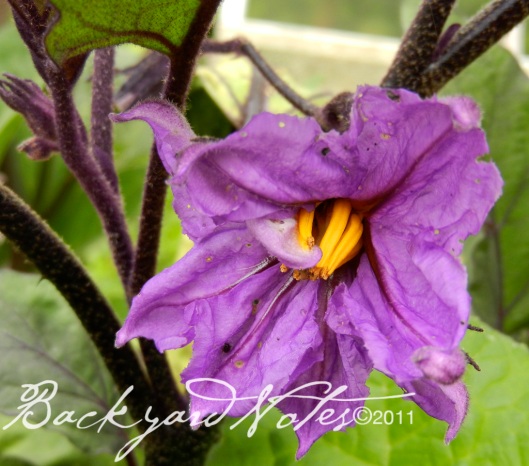 The flower of ‘Black Bell’ eggplant 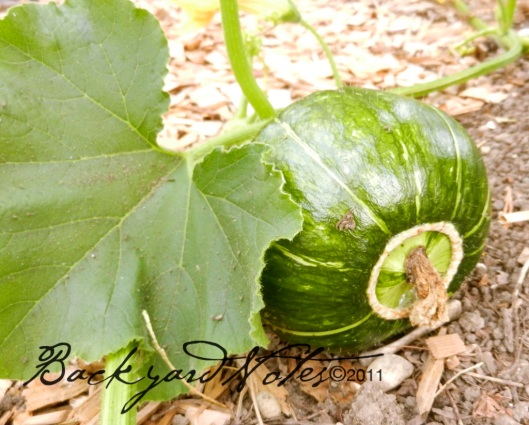 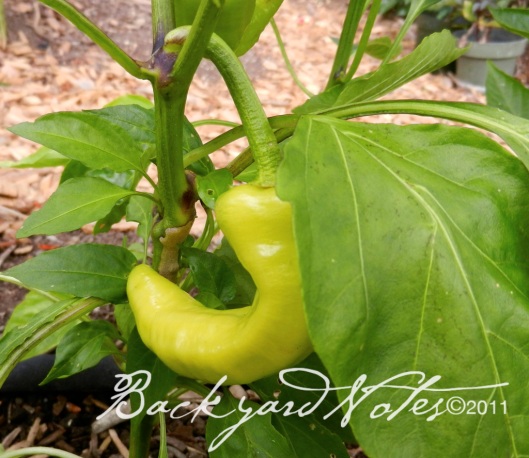 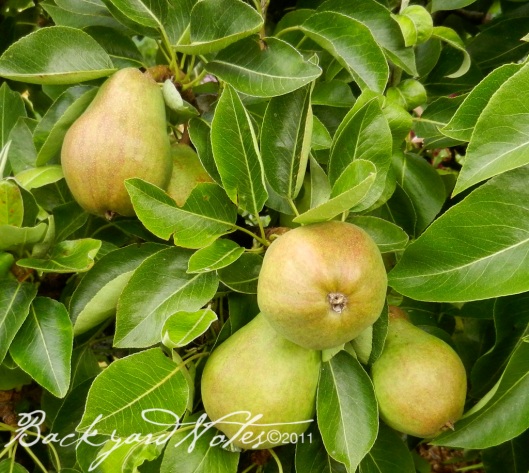 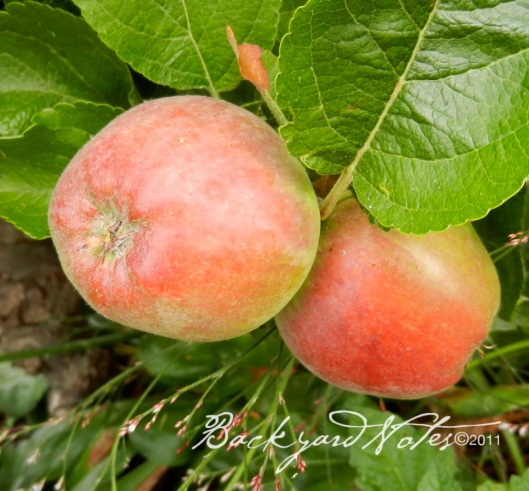 Express your thanks to your local grocery and drugstore employees with a simple, tiny bouquet. They are taking a huge health risk everyday. Print and share your beautiful art on pre-perforated business card stock or other papers. Every time you pay for your purchase hand one to the person assisting you. A small bit of gratitude for a risky job. #Shareyourart #Saythankyouwithart #Gratitude #Thankyoutogroceryemployees #Businesscardart #Showyoucare #thankyoustoreclerks #thankyouwestseattlethriftway #thankyouwestseattleqfc #thankyouBartellDrugs
grow it cook it can it
Red Road Diaries