A FRIEND OF OURS IS RETIRING FROM SCHOOL BUS DRIVING TODAY. I wanted to find a little toy school bus at Goodwill. What the groundskeeper found instead was a BIG school bus toy with an open top that I immediately saw as a planter! After a few holes were drilled in the bottom for drainage, I added window screen mesh on the inside to keep the soil in. I added a few homemade stickers and plants and here it is. I think it’s adorable and I think our friend will too. 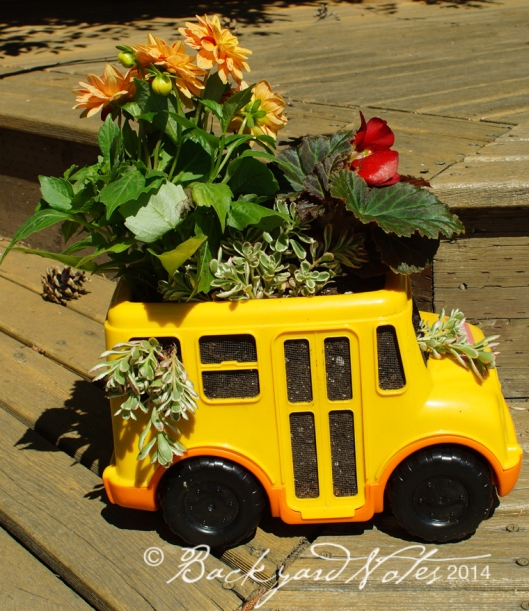 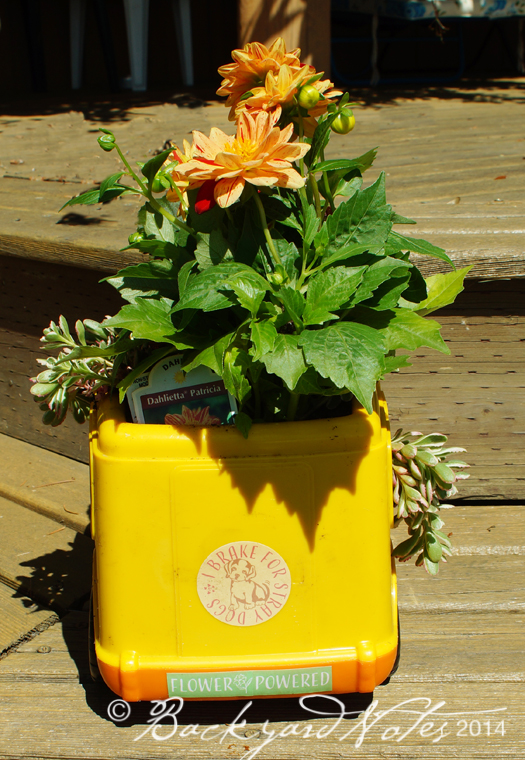 Our friend is a dog lover who fosters dogs.

ABOUT THE RADISH TOPS. I had intended to make this post yesterday after a prolonged hiatus of from the blog (too many other projects to deal with), but that bus planter was just too darn cute to leave out.

I picked some very nice radishes on Wednesday and the tops were too nice to toss into the compost. They had a slightly tart flavor and I thought they would make a nice ‘pesto’ type sauce.

I combined the radish tops with some aspargus spears and four or five garlic scapes in the food processor. 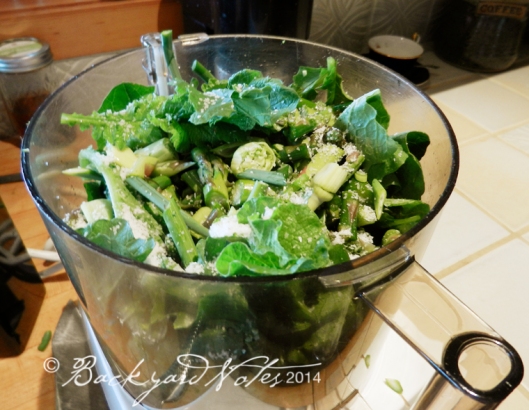 Add some olive oil and a little salt, pepper, and purée until smooth. Taste for seasoning. At this point it can be put up in small jars, topped with a little  olive oil and frozen for later use or top with oil and store in the fridge for a couple of weeks. Cheese can be added just before using if you plan to use it on pasta in a more traditional pesto style. 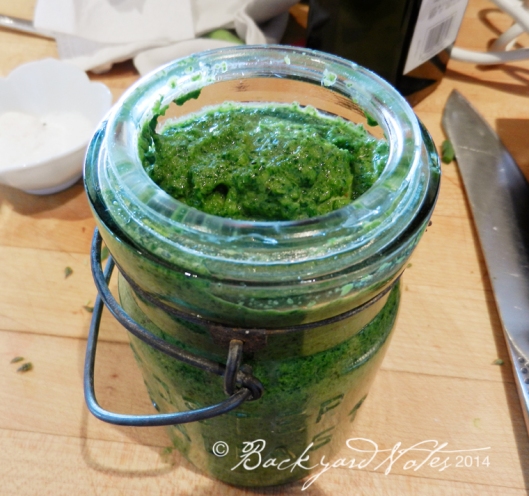 I managed to fill a pint jar

We cooked a piece of Alaska sockeye salmon on the grill adding some of the sauce near the end of cooking. 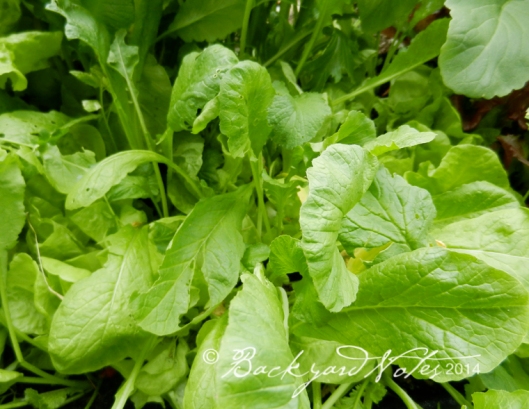 Using radish tops was new for me. I knew they were not much different from most mustard greens other than the leaves being a bit fuzzy, so I thought: Why Not? It’s nice to figure out ways to get the maximum out of what I harvest from the garden. Maybe carrot tops will be next! How do you maximize your harvest?