A late summer afternoon walk on the beach.

IT HAS BEEN A GOOD LONG WHILE SINCE MY LAST POST.  At some point I felt like I had run out of topics to write about. The muse went on vacation. How many times can I write about the same plants in the same place in my garden with continued enthusiasm? If it is tiresome for me what about you, the reader? Best to take some time off and gather some new experiences, tackle some small projects, do some canning (a bumper crop of snap beans and apples), do a little local traveling and connect with the people and things I love. So here, is a short review in words and pictures. 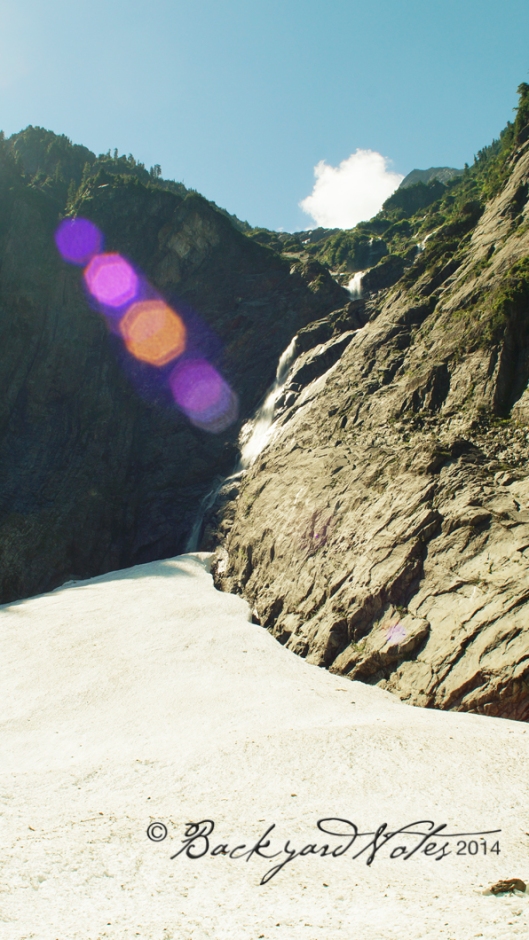 In July I had a birthday and it was my wish to do the short hike to the Ice Caves at Big Four, about 90 minutes northeast of Seattle, with our grandchildren. The snow slides off of the shear, vertical face of Big Four mountain and piles up at the base over the winter. As summer comes along, the snow at the top of the mountain melts, water cascades down the faces creating numerous waterfalls that undermine the piles of snow. The snow mounds melt from the inside-out creating caves. They are cool to stand in front of on a hot summer day, but notoriously unstable and known to collapse, so going into them is a bad idea. 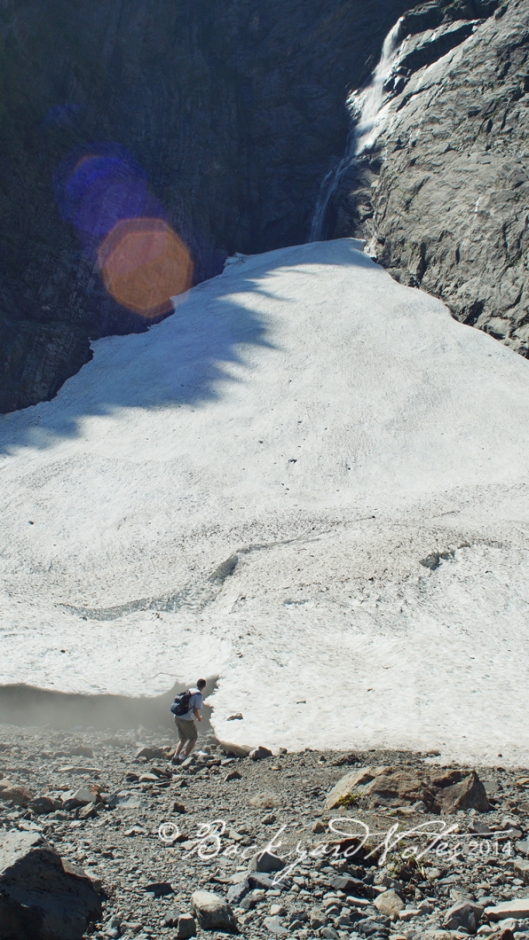 One of many Winthrop area fires seen from the fesival grounds.

A week later we were off to the Winthrop Blues Festival where we heard great muscic (Charlie Musslewhite; Shemekia Copeland, Homemade Jamz, Too Slim & the Taildraggers) and watched fires burning in the Methow Valley; that part was strange. For a couple of days the only route to and from the area was Hwy 20 through the North Cascades. Scores of people lost their homes and the fire burned up 300,000+ acres.

Fire and smoke influenced the sunsets.

A member of Homemade Jamz playing his Muffler Guitar! (They were great.)

BACK ON THE HOME FRONT…

A quiet spot in the garden to sit and reflect

Back in April I shared a post about the redwood tree rounds that were saved from the cutting of our neighbor’s 60 year old redwood. In August I made a visit to my sister (RedClothespin) in Long Beach, WA and she sewed up the covers for the seat top cushions; she is a whiz with a sewing machine. 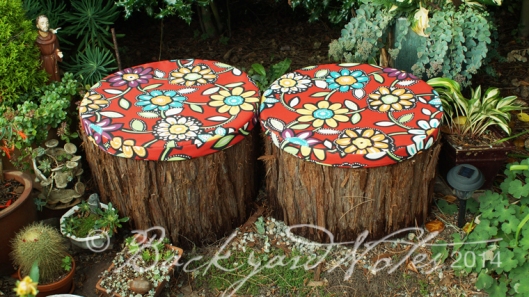 Weather resistant Sunbrella fabric. Only one drawback–they are under the canopy of a large pine and susceptible to pitch drips.

The view into the vegetable garden from the redwood seating.

I finished the second of the Steelcase chairs. I haven’t quite decided where in the garden they will take up residence. For now they are mobile.

Two years ago I purchased a new perennial, this Hibiscus/Rose Mallow. It bloomed in August for the first time. It was spectacular. I was SO excited, I ran into the house to get the groundskeeper!

Too bad the flower lasts only one day. However, there were a total of five blooms. I am hoping for more next year. The plant should reach 3-4 feet in height at maturity; currently is it at about 24 inches. 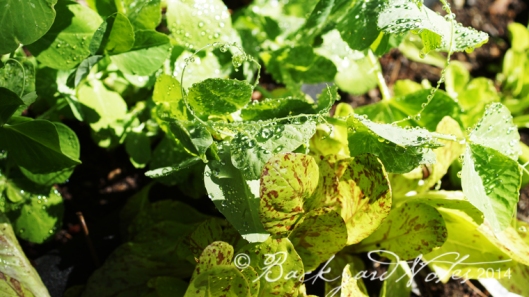 The fall planting of snow and snap peas. 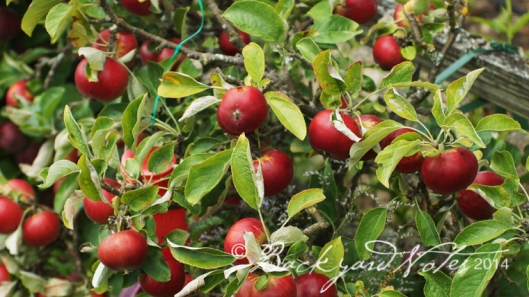 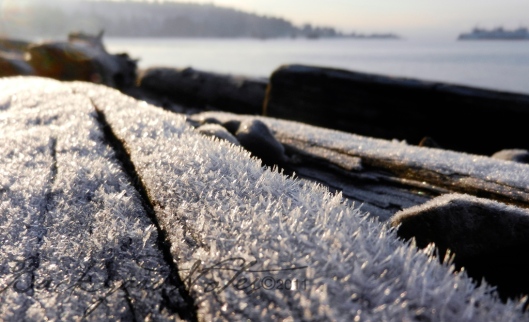 YESTERDAY MORNING WE HAD A VERY HEAVY FROST and on a whim I took the camera along on my walk to Lincoln Park and snapped a few pictures as the sun was just lighting up the beach and every frosted thing on it. I am always surprised by what I can coax out of this point-and-shoot.

A fallen madrone on the beach. 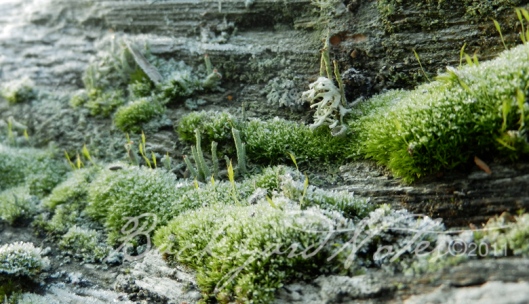 Back at home in the vegetable garden, a lovely and frosty red cabbage. 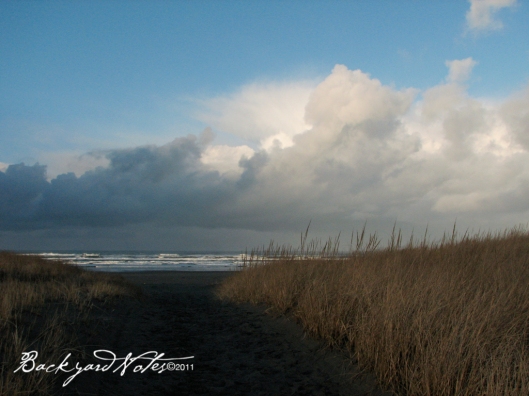 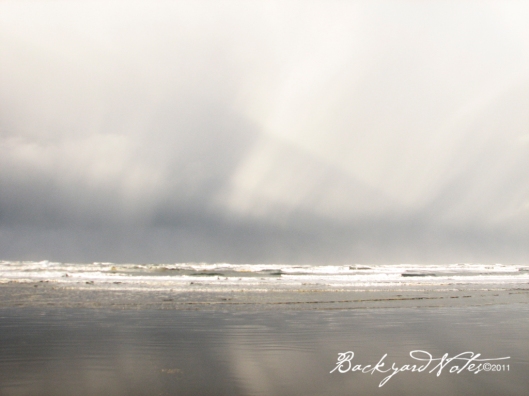 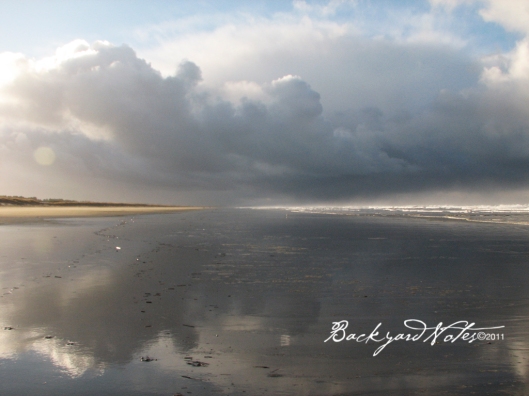 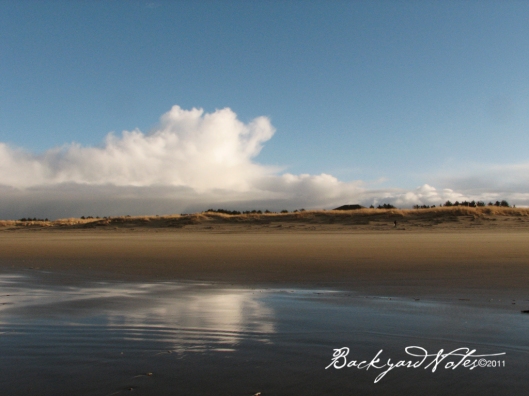 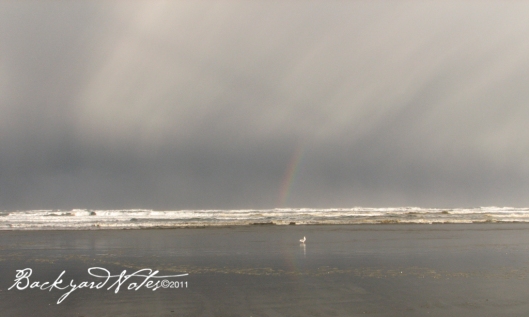 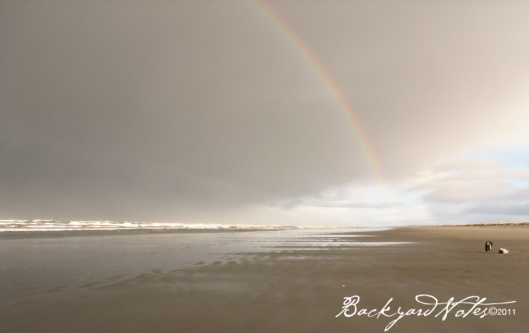