WELL, TODAY IS THE BIG DAY HERE and several hundred thousand spectators and revelers are expected to participate in the celebration. People were already setting up chairs and other parade viewing essentials by 8:00 a.m. this morning on Bay Street in front of our hotel. Jood, Dave and I saw the parade from the best possible vantage points-the staging areas! We watched a large portion of the paraders while they were waiting for their turns to join the parade. 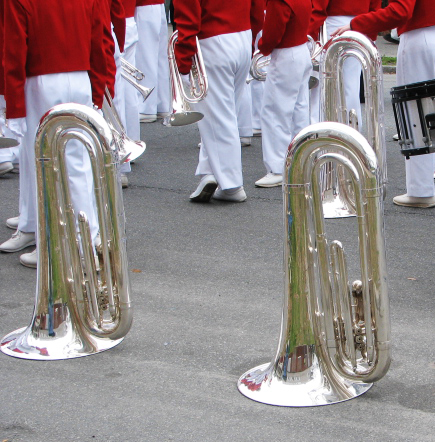 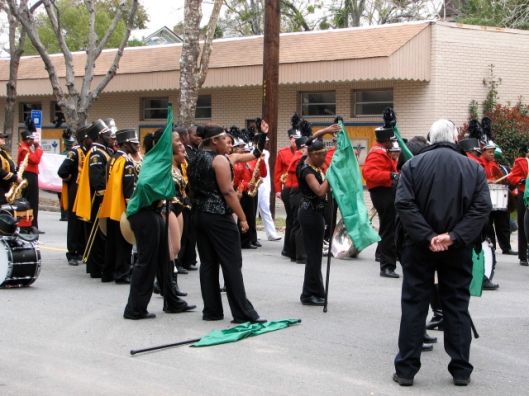 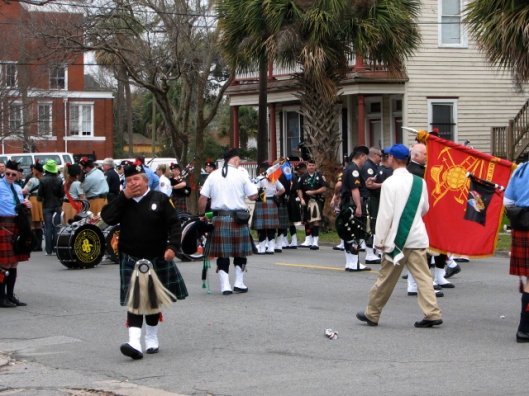 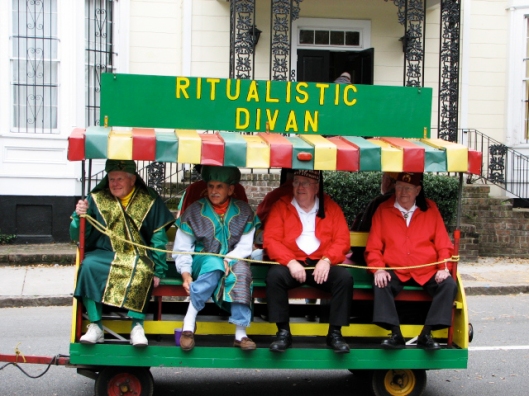 Much better than standing on the sidewalk or watching from our hotel room for hours! Plus, we saw the Victorian section at the same time. The  most unusual Victorian was a large multi-residence constructed of brick.

Most of the Victorian homes were around Forsyth Park, the largest in the historic district, with an outdoor stage, large central fountain and lots of oak and other trees. I saw at least one  pink magnolia in bloom and a structurally beautiful oak at one corner of the park. 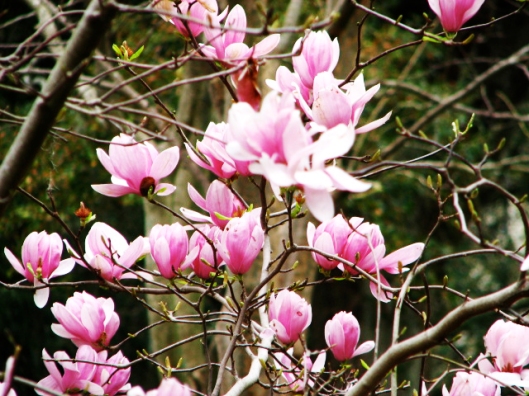 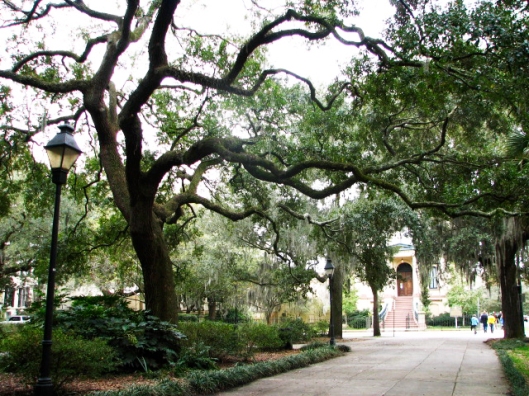 We even beat the post parade goer’s to lunch at what appeared to be a longtime local favorite tavern/restaurant. (We had an excellent lunch.) When we went back outside the parade was in the last stages and we saw the same folks from hours earlier and the rain had started. All the bars and taverns we passed were full. The riverfront, where we are staying is the site of a huge party, bite of seattle style, but a tenth of the size. Today is a local  holiday, no school, many, many businesses closed-even the post office in the downtown area. Banks remained open.

YESTERDAY we picked up the rental car and drove to Tybee Island, east and downriver from Savannah on the Atlantic Ocean. Tybee Island is the beach spot and looks like a typical beach town. We had beautiful, sunny weather and probably mid-sixties. From Tybee we checked Isle of Hope on the way back to Savannah. A charming little community with beautiful homes close to the beach and lots of boats.

Tomorrow we head towards New Orleans. I hope to  make another blog post between now and then.